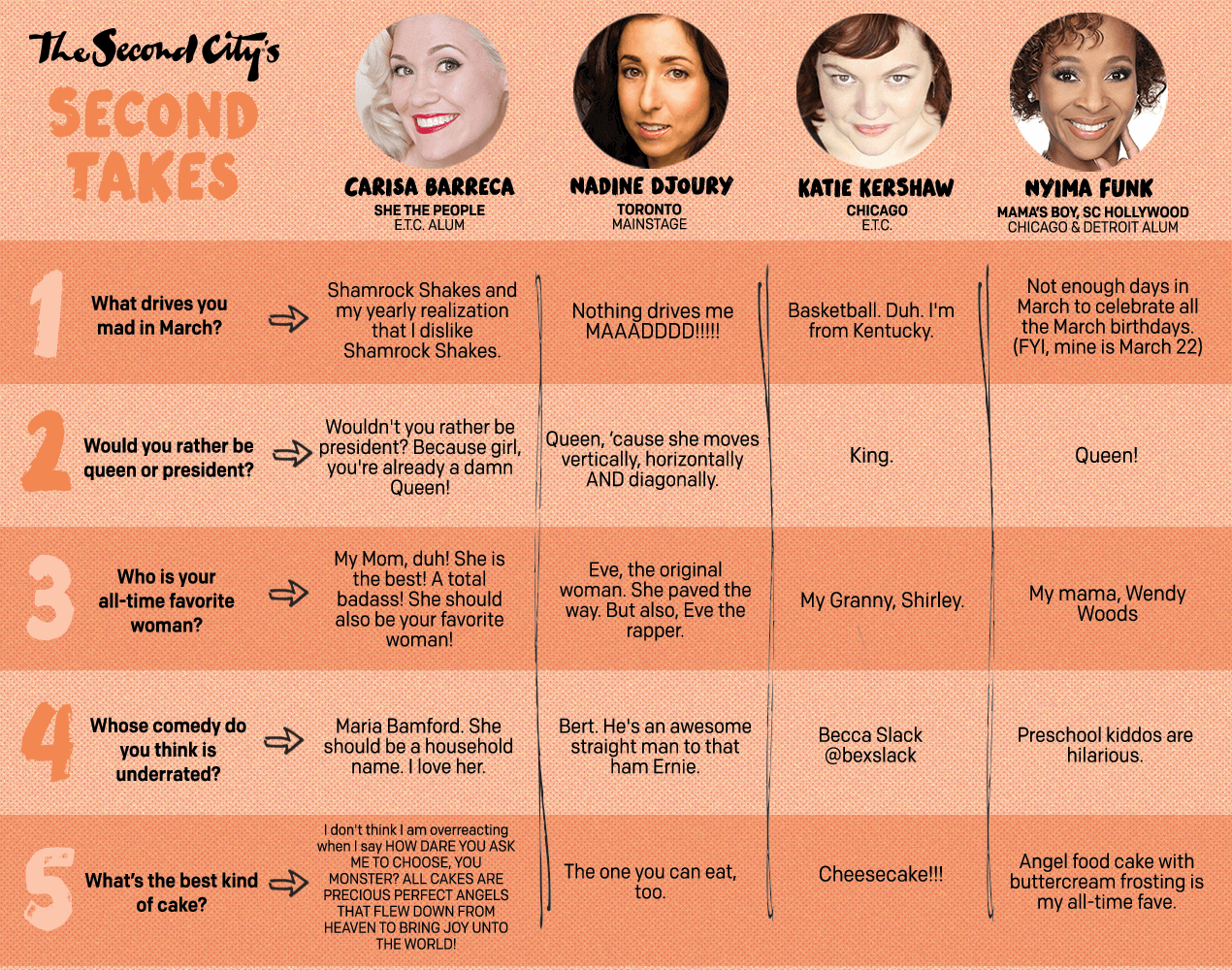 Carisa Barreca (Instagram/Snapchat/Twitter @Cinderisa) is an alum of The Second City e.t.c. and is currently performing in She the People: Girlfriends' Guide to Sisters Doing It for Themselves at UP Comedy Club.

Nadine Djoury is an award-winning comedian and Ensemble Member with The Second City Toronto Mainstage.

Katie Kershaw (@chachakershaw) is an Ensemble Member in The Second City e.t.c.'s 42 Revue.

Nyima Funk (@NyimaFunk) is an alumna of The Second City Chicago and Detroit who performs with Mama's Boy at Second City Hollywood.

"It’s one of the sharpest, funniest revues in the canon.”

Watch our brand-new PSA collaboration encouraging to you listen to your mom.

Congratulations to the alums recognized by the Critics Choice Association and the HFPA this year.

Industry insights from one of our new Board of Directors, Chris Henchy.

Holiday programming 'Deck the Hallmark' and 'The Best of the Holidays' returns, too!

In-person performances and classes to resume at a new location.