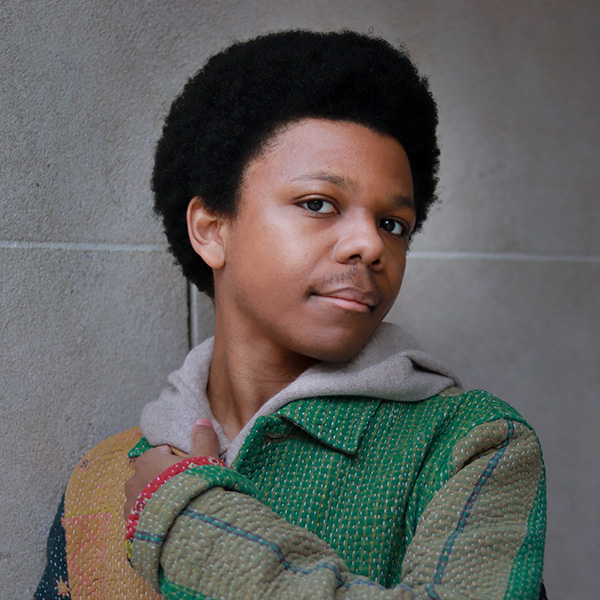 Ajahnis Charley (Ensemble) [they/he] is a Black, non-binary comedy writer and performer, and is a current member of the Second City Touring Company. They studied improv at Bad Dog Comedy Theatre where they became a member of the Bad Dog Featured Players in 2019. Their stand-up has been featured in JFL's New Wave of Stand-up, and their improv and sketch comedy has been performed in festivals internationally like Detroit Improv Festival and Ottawa Improv Festival. Their solo sketch show THOTS & PRAYERS won the Producers' Pick Award at the 2020 Toronto Sketch Comedy Festival. They wrote, directed and featured in the award-winning short documentary film I AM GAY, produced by the National Film Board of Canada. Ajahnis is a co-founder and co-producer of the Untitled Black Sketch Project, Canada's first all-Black sketch ensemble. IG: @ajahnischarley