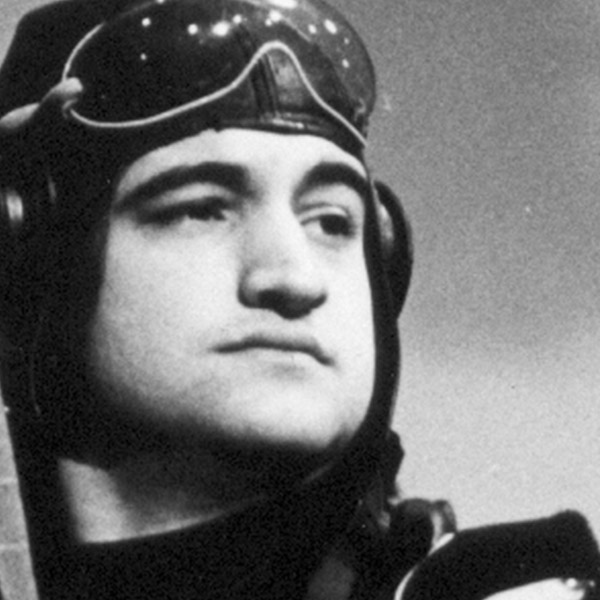 Comedy is chock-full of shows and comedians that have been inspired by the style of John Belushi,and his legacy continues to impact the world of comedy today. Belushi became involved in improvisational comedy after he graduated high school, forming the comedy troupe The West Compass Trio. The trio, which also consisted of Tino Insana and Steve Beshakes, would perform “borrowed” Second City material. When the theater caught wind of what was happening, Joyce Sloane and Bernie Sahlins went to investigate. And instead of suing, they hired the 21-year-old.

Belushi joined the Mainstage cast in 1971, where he  immediately became a sensation. He appeared in three revues, all of which he acted alongside Joe Flaherty. In No, No, Wilmette, he starred alongside Brian Doyle-Murray, and in 43rd Parallel or McCabre & Ms. Miller, Belushi co-starred with his future National Lampoon collaborator, Harold Ramis.

After The Second City, Belushi was cast in National Lampoon Lemmings, which opened in January, 1973. The show’s cast of actors and writers included Chevy Chase, Christopher Guest, Sean Kelly, Anne Beatts, and Ramis. Belushi was also involved with The National Lampoon

After performing with The Second City, he was cast as a Not Ready for Prime Time Player for the first season of Saturday Night Live. Belushi and the rest of the cast shot to fame. His physical comedy, along with bizarre characters, such as “Samurai Futaba,” garnered him critical acclaim. Impressions he did throughout the show included Henry Kissinger, Elizabeth Taylor, and more, though perhaps the most notable is Joe Cocker. While working on SNL, he starred in Animal House as Bluto, and his career exploded.

Belushi, the older brother of Jim Belushi, died in 1982 at the age of 33. He was posthumously awarded a star on the Hollywood Walk of Fame in 2004. In 2015, Rolling Stone ranked Belushi as the most important cast member in the history of Saturday Night Live.