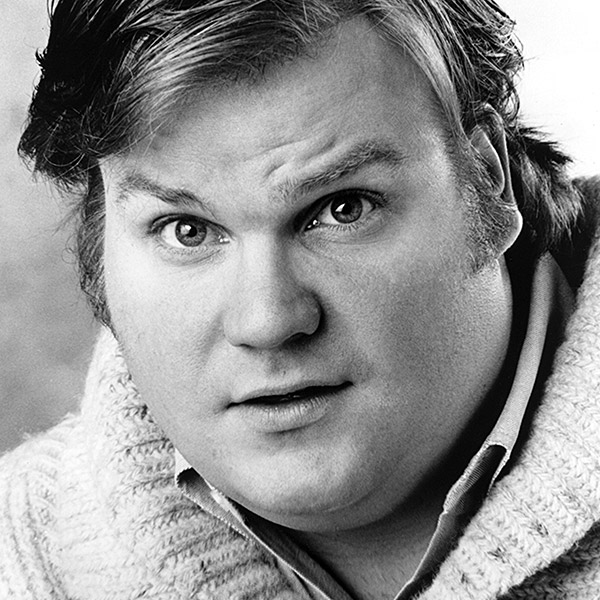 Hired for the Second City stage by Del Close in 1989

With a larger-than-life personality and comedic talent that filled a room, Chris Farley is best known for his stint on Saturday Night Live and films like Tommy Boy and Black Sheep.

Farley grew up in Wisconsin, where he developed a love of comedy and graduated college with a degree in communications and theater. While working in Madison, he began performing improv at the Ark Improv Theatre, eventually moving to Chicago to pursue a career in comedy.

Once Farley moved to Chicago, he was able to delve into the art of improvisation. After meeting his comedic idol John Belushi’s mentor, Del Close, Farley became a student of Close’s at comedy clubs in Chicago. Initially a part of the Second City Touring Company, he was promoted to the Mainstage in 1989, eventually starring in three revues from 1989-1991: The Gods Must Be Lazy, It Was Thirty Years Ago Today, and Flag Smoking Permitted in Lobby Only or Censorama, performing alongside Tim Meadows, Joel Murray, David Pasquesi, and Bob Odenkirk.

It was on Second City’s stage where he debuted “Motivational Speaker,” the character he named for his real-life friend, a soft-spoken Catholic priest named Matt Foley, and would go on to take to SNL. It was at Second City that Lorne Michaels discovered Farley and hired him to join the cast of SNL the spring of 1990.

Farley rocketed to fame with a variety of popular characters, often acting alongside David Spade, Adam Sandler and Chris Rock. In 2015, Rolling Stone named him the 15th “most influential cast member” of SNL of all-time. Farley’s iconic characters beyond “Matt Foley” included a Chippendale’s dancer, Cindy from “Gap Girls,” himself on “The Chris Farley Show,” and a member of the Bears’ “Super Fans.” During his tenure at SNL, he also worked the films Wayne’s World and Coneheads, both starring fellow SNL and Second City alums Mike Myers and Dan Aykroyd.

After leaving SNL, Farley embarked on a film career, mainly alongside close friend David Spade. The two made Tommy Boy and Black Sheep, both of which were box office successes and have developed a cult following. After the success of the two films, Farley starred in Beverly Hills Ninja, which came in first in the box office its opening weekend. He completed the films Almost Heroes and Dirty Work prior to his death, released posthumously.

Farley stayed close to his Second City roots, often returning to join the improv sets and even attended the company’s holiday party just days before his untimely death in 1997.