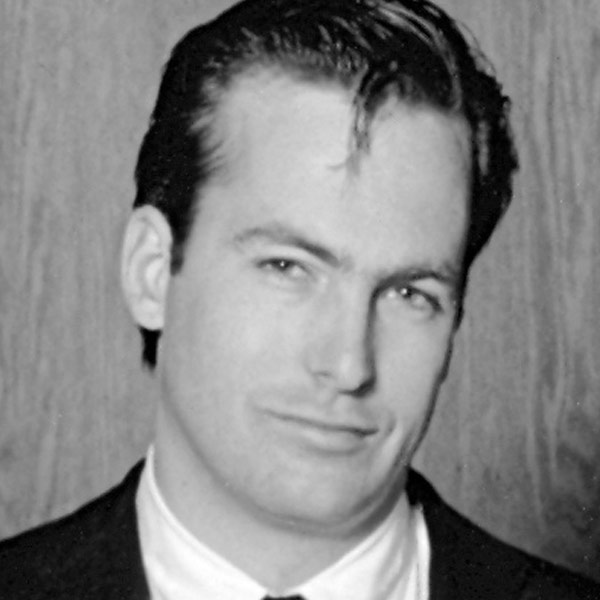 Performed at Second City with Chris Farley and Tim Meadows

Bob Odenkirk began his career in comedy in the 1980’s working for college radio stations; later, he moved to Chicago to study comedy, eventually performing on the Mainstage at The Second City in 1990. During this time, along with after his time on the Mainstage, he wrote for a variety of comedy shows, including for four years on Saturday Night Live. He has also acted in various television shows and films, as well as produced and directed multiple projects; as of 2017, he has two Emmy Awards, and has been nominated for two Golden Globe Awards.

In 1987, Odenkirk was hired as a writer on Saturday Night Live, and performed sporadically in sketches. During his 1990 summer hiatus, he returned to The Second City to write and perform in the revue, “Flag Smoking Permitted in Lobby Only or Censorama” alongside future SNL stars Chris Farley and Tim Meadows. In the show, Odenkirk wrote Matt Foley, Motivational Speaker, which Farley would later premier on SNL, becoming one of the show’s most popular characters.

After leaving SNL in 1991, Odenkirk continued to write for television, particularly for Ben Stiller, Dana Carvey, Dennis Miller, and Conan O’Brien. With David Cross, he co-created, wrote, and produced Mr. Show with Bob and David, which ran from 1995-1998. Odenkirk continued to create, produce, and write shows such as Tenacious D, Tom Goes to the Mayor, Derek & Simon, The Birthday Boys, and W/ Bob & David. He has had recurring roles in a number of television shows, including How I Met Your Mother, Entourage, Tim and Eric Awesome Show, Great Job!, and Breaking Bad. His role on Breaking Bad, led to a spin-off show where he plays the lead in Better Call Saul, leading to two Golden Globe nominations for Best Actor in a Drama Series.

Odenkirk’s film roles are varied, and date back to 1993. He has directed three films; Melvin Goes to Dinner, Let’s Go to Prison, and The Brothers Solomon. For Melvin Goes to Dinner, Odenkirk won a variety of film festival “Best Picture” awards, as well as one “Best Ensemble”. Since his time on Breaking Bad, he has acted in more serious and critically acclaimed films, including The Giant Mechanical Man, The Spectacular Now, and Nebraska.