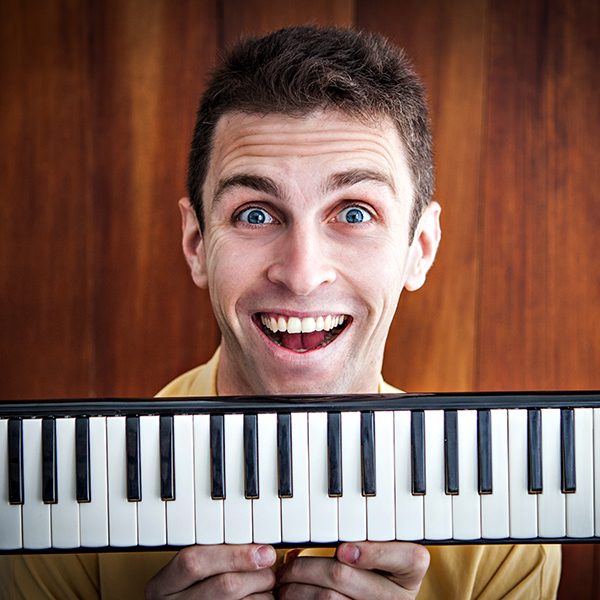 Robbie Ellis is a music director and teacher with the Second City Training Center. Born in Auckland, New Zealand, he’s performed improv all over New Zealand and Australia, including as Musical Co-ordinator for multiple New Zealand Improv Festivals.

He moved to Chicago in 2015. Since then, he’s worked for Second City aboard the Norwegian Dawn and Norwegian Breakaway, on touring companies, and at the Training Center. He also performs and teaches at ComedySportz Chicago; and has music directed and composed sketch shows and musicals at iO Chicago, The Annoyance Theater and MCL Chicago. He regularly performs with the musical improv show Riff at iO Chicago and Storytown Improv at Stage 773.

Robbie also presents classical radio for 98.7 WFMT; composes and arranges music for orchestras, chamber ensembles, choirs, etc.; and writes and performs his own comedy songs from the piano - check out his album Pumpkins. www.robbieellis.net/