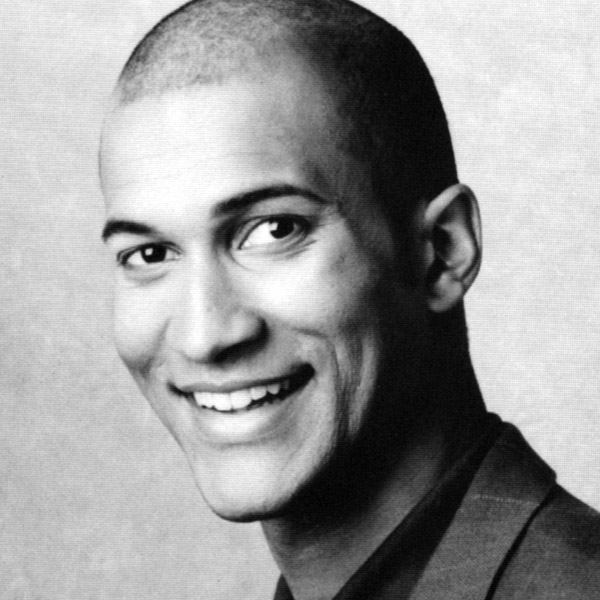 Performed in 11 Second City revues in Detroit and Chicago

Won an Emmy for Key & Peele

Initially a mainstay of the Detroit Second City stage, Keegan-Michael Key moved to the Chicago e.t.c. in 2001 and proceeded to write for and star in MADtv and Key & Peele. His work has garnered him ten Primetime Emmy nominations, with one win, along with a Peabody Award and two Jeff Awards for his time at The Second City.

Raised in Detroit, Key studied dramatic arts early in his life and earned a Master of Fine Arts in Theater from Pennsylvania State University. When he returned to Detroit to act in a friend’s film, he began to take classes at Second City Detroit. He was hired to perform with the company in 1997, starring in eight revues. Key acted alongside fellow comedians Maribeth Monroe, Marc Evan Jackson, Nyima Funk, and Larry Joe Campbell during his tenure in Detroit.

In 2001, Key began working on the e.t.c. stage in Chicago, where he wrote and performed in three revues: Holy War, Batman! Or the Yellow Cab of Courage, Curious George Goes to War, and Pants on Fire. Fellow cast mates included TJ Jagodowski, Jack McBrayer, and Peter Grosz. Key was nominated for a Jeff Award for Actor in a Revue for all three, winning twice for Curious George and Holy War, Batman!

While at The Second City, Key was hired as a member of MADtv, along with his friend, one-time Second City night staff member Jordan Peele. While on MADtv, he played several characters, from “Coach Hines” to “Eugene Struthers.” He performed impressions of Ludacris, Eddie Murphy, Kobe Bryant, Lionel Richie, and many more. After MADtv, Key and Peele created and starred in their groundbreaking sketch comedy show, Key & Peele, and in 2014, they won a Peabody Award for their work. Key has been nominated for ten Emmys for both acting and writing on Key & Peele and won Outstanding Variety Sketch Series in 2016.

Key has had supporting roles in a variety of television shows and films. He’s had recurring roles on shows such as Reno 911!, Childrens Hospital, Whose Line is it Anyway?, Parks and Recreation, Bob’s Burgers, Fargo, BoJack Horseman, Archer, Playing House, Friends from College, and more. Films that he has acted in include Role Models, Wanderlust, Horrible Bosses 2, and Mike Birbiglia’s 2016 ode to improv, Don’t Think Twice.

Key earned rave reviews for his portrayal of “Horatio” in Sam Gold’s Off-Broadway production of Hamlet. He made his Broadway debut alongside Amy Schumer in Steve Martin’s Meteor Shower.

In September of 2017, Key returned to the Second City Mainstage for I Can’t Believe They Wendt There: The Roast of George Wendt, a star-studded reunion that made more than $200,000 for Gilda’s Club Chicago and The Second City Alumni Fund.