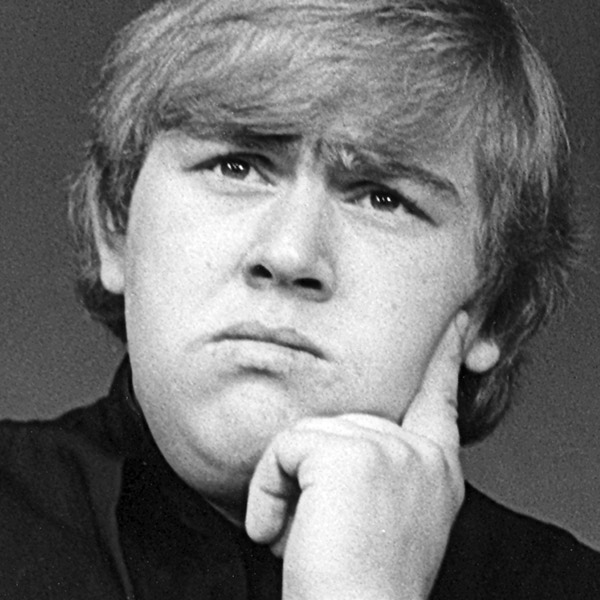 Appeared in a number of classic and enduring comedy films, including Planes, Trains and Automobiles, Uncle Buck, Stripes, Splash, Spaceballs and The Great Outdoors

John Candy was an actor and comedian both distinctly Canadian and universally beloved.

After graduating college, his first film role was a small, uncredited appearance in the 1973 film Class of '44. He appeared in several smaller films and television bit parts during the early 1970s.

In 1973, at just 19 years old, he joined the resident ensemble of The Second City Toronto, and in 1976 joined the cast of Second City’s television show, SCTV. The show gained such quick and broad popularity that NBC picked it up in 1981. There, the show soared to new heights, picking up a pair of writing Emmys. His many popular show characters included street-beat TV host “Johnny LaRue,” 3-D horror auteur “Doctor Tongue,” talk-show sidekick “William B. Williams,” corrupt Mayor of Melonville, “Tommy Shanks,” and clarinetist “Yosh Shmenge” of the Happy Wanderers, the subject of the mockumentary The Last Polka, and countless more, along with a parade of spot-on celebrity impersonations.

In 1979, Candy a hiatus from the show to restart his film career. He landed small roles in Steven Spielberg's big-budget comedy 1941 and in The Blues Brothers, both with John Belushi and Dan Aykroyd, before his key role in smash hit Stripes with Bill Murray and Harold Ramis, one of the most successful films of the year.

Turns in Going Berserk, National Lampoon’s Vacation and Splash soon followed, cementing Candy’s legacy as one of comedy’s brightest stars, even before many of his most iconic roles.

Candy tragically passed away at age 43. He was survived by his wife, Rosemary, and his two children, Christopher and Jennifer Candy, host of Second City Hollywood’s popular Couch Candy series.

On March 18, 1994, The Second City produced a special memorial service for Candy, which was broadcast across his native Canada. He left behind a towering legacy of professional comedy and personal, everyman warmth and kindness to which every comedian should aspire.