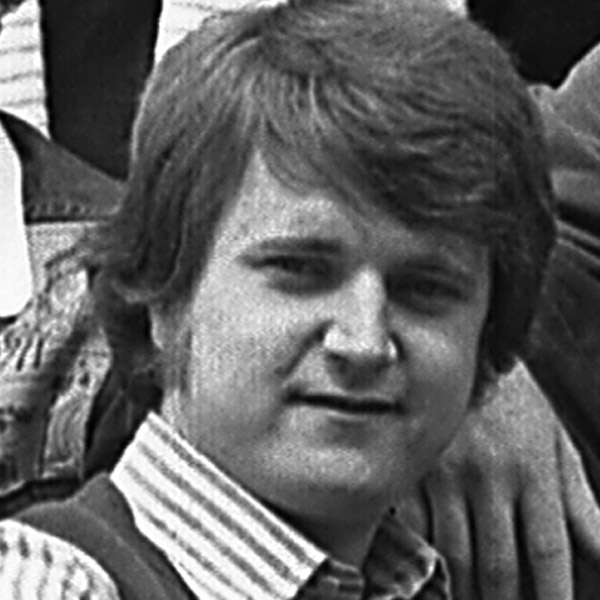 Won an Emmy for his work on SCTV

Member of the Harold Ramis Film School advisory board

Though Dave Thomas proved himself a prodigy in advertising early on, he left it all to pursue acting and was cast in a production of Godspell that featured the then-unknown actors: Victor Garber, Martin Short, Gilda Radner, and Eugene Levy. He was hired by Second City Toronto in 1975 and made his Mainstage debut in the 6th revue, Also Available in Paperback, directed by Second City co-founder Bernie Sahlins. The show also featured Thomas’ future SCTV costars Catherine O’Hara and Andrea Martin. In 1976, Thomas shared the stage with John Candy in two revues, For a Good Time Call 363-1674 and Wizard of Ossington.

When SCTV premiered that same year, Thomas cemented his place in pop culture history with his “Great White North” character “Doug McKenzie,” the brother of Rick Moranis’ “Bob McKenzie.” The bit was dreamed up to meet the network’s demand for more Canadian content. Their LP, The Great White North, sold more than one million copies and won a Juno Award.

Thomas found a home in Hollywood, appearing in Home to Stay with Henry Fonda. He was able to utilize what he learned at Second City Toronto writing, directing, and starring in the Bob & Doug McKenzie feature film Strange Brew, which was the highest grossing Canadian film of 1983. Soon after that he was brought on to the writing team of the Lorne Michaels-produced The New Show, working with Buck Henry, George Meyer, Jack Handey, Al Franken, Tom Davis, Valri Bromfield, and Steve Martin.

The Dave Thomas Comedy Show premiered in 1990, a show he wrote for, produced, and starred in. Thomas continued his work in acting, appearing in Coneheads, Grace Under Fire, Picture Perfect, Rat Race, and Beethoven’s Fifth. In 1996, he wrote the book SCTV: Behind the Scenes, sharing stories of his work on the iconic TV show.

In addition to being the Executive Creative Director at Animax Entertainment, an animation studio, he himself has a long history of voice work. He has been featured on Brother Bear, Animaniacs, Duckman, CatDog, The Adventures of Tarzan, and Justice League of America, and in multiple roles on The Simpsons, King of the Hill, and Family Guy. In 2008, Thomas revived Bob and Doug McKenzie in a new animated series, Bob & Doug.

In 2015, Thomas joined the writing staff of The Blacklist as a consulting producer, while also serving as a writer, cast member, and producer of Bones.