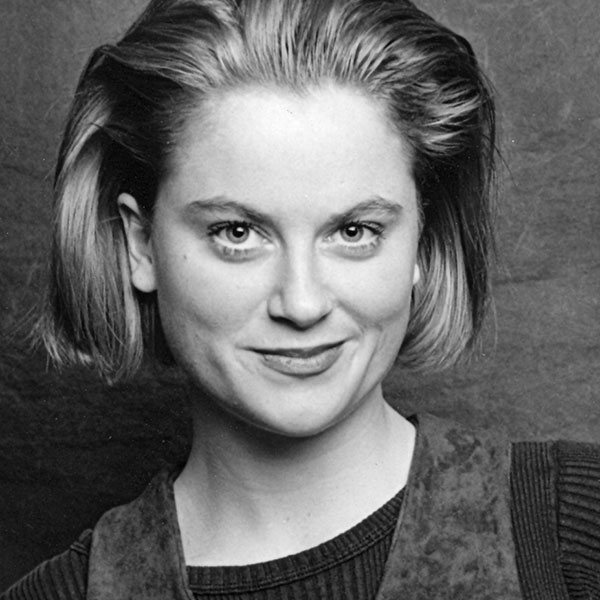 Amy Poehler began performing improvisational comedy during college, performing with the troupe “My Mother’s Fleabag.” After graduating from Boston College, she moved to Chicago to immerse herself in the Chicago improv scene, including enrolling in classes The Second City and studying with Del Close, with whom she made a 1995 pilot called RVTV.

In 1993, Poehler met Tina Fey in classes at iO, and the two auditioned for The Second City Touring Company within hours of each other, and the two toured together. She also teamed up with Matt Besser, Ian Roberts, and Matt Walsh to create the Upright Citizens Brigade, and in 1996, the group moved to New York.

UCB found their footing in New York, eventually debuting as a series on Comedy Central and opening theaters and training centers. Early members included fellow Second City alum Adam McKay, Horatio Sanz, and Neil Flynn. Poehler joined the cast of Saturday Night Live in 2001, where she co-anchored “Weekend Update” with She left the show in 2008, and in 2009, Parks and Recreation premiered, introducing the world to Deputy Director Leslie Knope.

As a producer, writer, and actor on Parks and Recreation, Poehler has been nominated for nine Emmy Awards and four Golden Globes, winning the Golden Globe for Best Actress in a Comedy in 2014 The show also won a Peabody Award in 2011 and has been continuously praised by critics. In addition to her work on Parks and Recreation, she is an executive producer on Broad City, Difficult People, and The UCB Show. In 2008, she co-created “Smart Girls at the Party,” a web series aimed at empowering girls. She and Fey co-hosted the Golden Globe Awards from 2013-2015. Poehler’s film roles include Wet Hot American Summer, Blades of Glory, plus Baby Mama, Sisters, and Mean Girls alongside Fey.