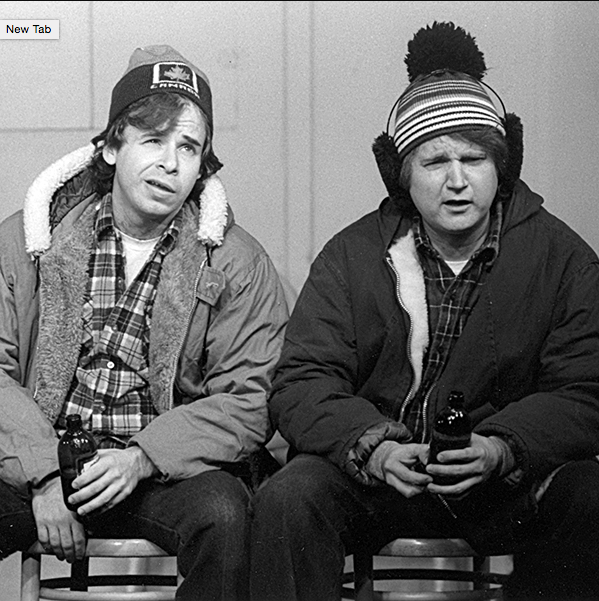 Rick Moranis is the only regular SCTV performer who never played at Second City. He wrote for CBS radio and television and appeared on TV shows such as 90 Minutes Live and The Alan Hamel Show. His friend, Dave Thomas, asked him to do an SCTV scene with him in 1980 as a replacement for John Candy.

Moranis created a number of memorable characters, like the beer-guzzling, hockey-loving canuck Bob McKenzie, who hosted “The Great White North” with his brother, Doug, played by Thomas. The bit was dreamed up to meet the network’s demand for more Canadian content. Their LP, The Great White North, sold more than one million copies and won a Juno Award.

His film career includes co-starring, co-writing, and co-directing Strange Brew with Thomas, as well as having major roles in in movies like Little Shop of Horrors, Ghostbusters and its sequel, Honey, I Shrunk the Kids, My Blue Heaven, Club Paradise, Spaceballs, Parenthood, and The Flintstones.

Moranis mostly retired from acting in the late1990s, but came to Second City Toronto in July of 2017 to reunite the McKenzie brothers one more time for Take Off, Eh, a benefit Spinal Cord Injury Ontario and Thomas’ nephew, Jake Thomas. The show raised more than $325,000, and performers at the event included some of Canada’s biggest names in comedy and music.

Watch the best of “The Great White North” here.