The Second City Training Center and the Harold Ramis Film School recently welcomed Joe Russo, co-director of Avengers: Endgame, the top-grossing film of all-time, as well as Avengers: Infinity War and Captain America: Civil War for a Q&A session with students and superfans in The Second City Mainstage. 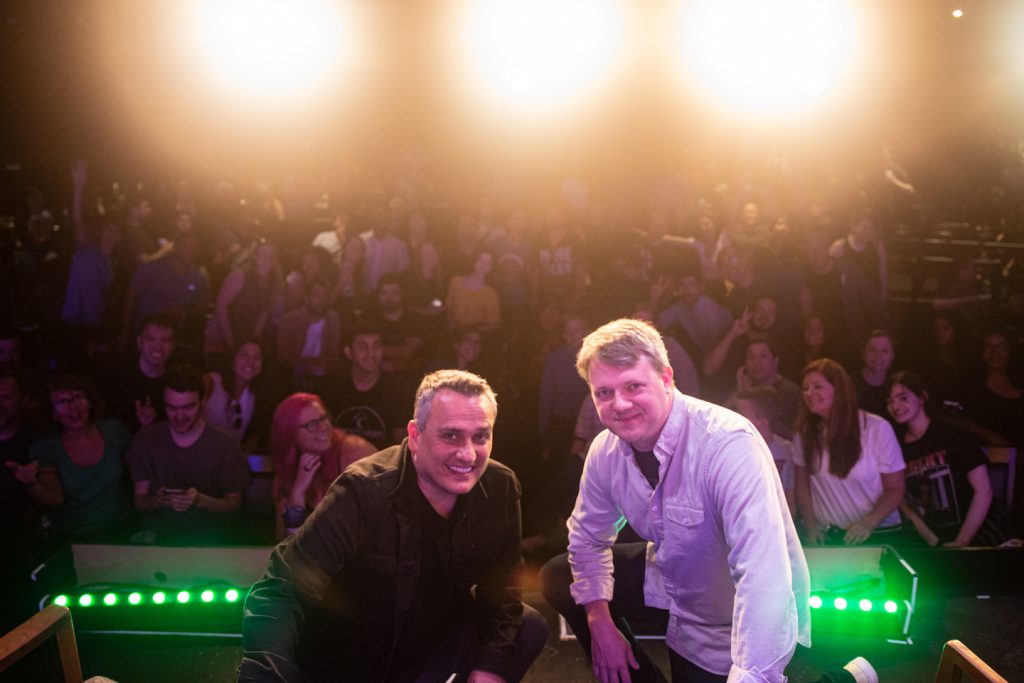 Second City artistic director Matt Hovde introduced Russo, one of the brothers behind the single most successful franchise in film history, as a “just a guy from Cleveland,” and the two spoke at length about Russo’s start in filmmaking, financing his first film on credit cards, being discovered by Steven Soderbergh, and breaking into comedy. Russo won an Emmy for his work on Arrested Development (the “first narrative show shot with digital cameras,” he reminded everyone) and was a director on beloved format-defying shows including Community and Happy Endings.

Among the most thoughtful takeaways from the conversation addressed the surprising similarities between big-budget Marvel movies and improvisation. Many of his films’ scenes are shot on a green screen, forcing the actors to make emotional connections in the barest of environments--a lot like Second City’s way of creating. Russo revealed that “the way we use improv is very specific.” Actors were invited to improvise a few takes, and they use “the best” of that material to revise the shooting script. (Good to know: Robert Downey Jr. never likes to say the same line twice; Benedict Cumberbatch prefers to approach the material with his trained actor toolbox.)

Russo’s insights into directing were also applicable to the aspiring creators in the audience. His advice touched on topics including translating material from the page to the screen, collaborating on and executing a vision with a team, and the many, many advantages of longform storytelling. At the top of his list of artistic priorities? Disruption. “Audiences want to be surprised,” he said. Above all else, the introspective director advised the crowd to “make the story that you want to tell...rather than compromise and tell the story you think people want to hear.” He closed by describing his time on The Second City stage as “a real honor.” We love you 3000, Joe Russo.

Avengers: Endgame is now available digitally and on Blu-ray.

You re probably thinking that Laura Dern is an actress and shouldn t be on the court alongside the NBA...

He's not the only ones dipping their toes in the nog pond this holiday season...