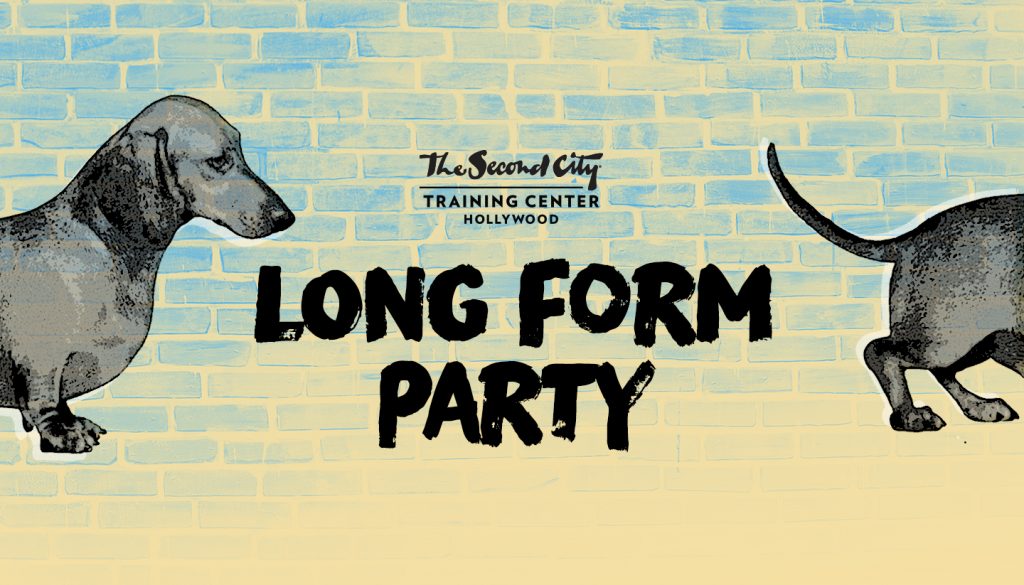 Join us on Friday & Saturday nights as The Second City Long Form Ensembles are joined by a Veteran improv ensemble for one magical night of improv.* $5/$1 with SC ID.

NOTE: Located on the 2nd floor with stair access only
*Line-up is subject to change and listed performers may not all be present

Colan and Friends
Second City Alum, Dave Colan, has friends. For realzs. They’ll show up and the improv bits for you.

Virginia Slims
Virginia Slims is Laura Eichhorn and Pepper Berry a two-person long form slow-play improv comedy team that takes a single suggestion from the audience and uses it to perform a one-act play at times playing multiple characters within the story.

Village Bicycle
The Village Bicycle is an improv show that will get you where you’re going, but definitely takes the scenic route. Comprised of veteran female improvisers, this is a ride you’ll want to take again and again!

DORN
Dorn is an improv group made up of Andel Sudik, Todd Edwards, Patrick Rowland, and Nnamdi Ngwe. They all met while teaching and performing at The Second City and iO Theater. They. Are. Fun. For. Real. Y’all. Fun.

Joe Canale’s Jokin’ Alley
Joe Canale‘s Jokin’ Alley is a comedy grab bag sure to feature second city main stage alum and self-proclaimed “great improvator” Joe Canale, and at least one person who has agreed to the show with him (hopefully). The premiere show was less than a minute long, having been interrupted seconds after the suggestion by the biggest local earthquake of this century.  So if there is a god, she/he hates this show.

Frank & Friends
Second City alumnus Frank Caeti invites friends, people he admires, and comedy powerhouses from all over the LA comedy scene to do an improv show with him. Past guests include former SNL and MADtv alums, Emmy award-winning writers, Groundlings, UCB, iO, and Westside Comedy Theater performers. The cast is different every show. It’s fun! It’s funny! It’s friendship!

Orange Tuxedo
Orange Tuxedo is a two-person improv show from a husband and wife team who, collectively, have been doing improv for seven hundred years. In this show, they aim to create grounded relationships, formed by eccentric characters. Craig teaches improvisation at iO West, Carla teaches at The Second City in Hollywood. If you like comedy, you may have seen Craig wear various mustaches and costume pieces on Comedy Central’s Drunk History. If you like drunken history, you may have seen Carla drink various beers on Instagram. They perform regularly in Los Angeles and festivals across the country. www.orangetuxedoimprov.tumblr.com

Bottle of Red
Bottle of Red is a two-woman improv and sketch troupe comprised of Detroit legends Margaret Edwartowski and Nancy Hayden. They are saucy broads, best friends and by no means natural redheads (hence the name). The creations of their original sketch show “Uncorked” and their long-running form the Goonass earned them the moniker of the “first ladies of Detroit improv.