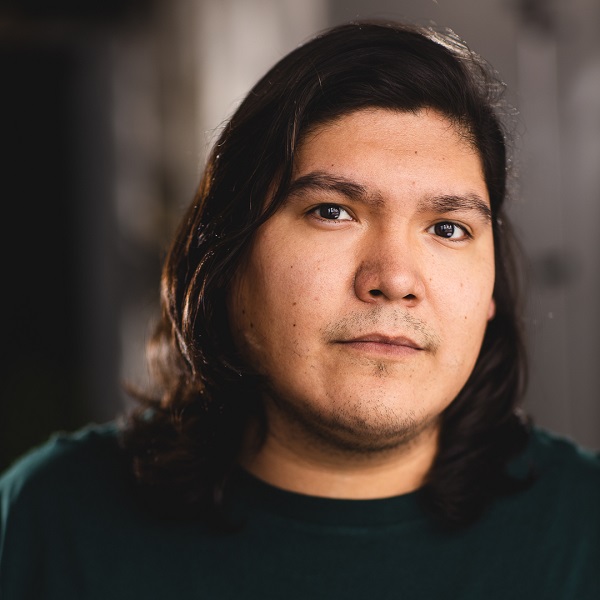 Vance Banzo is a Saulteaux/Cree comedian, actor, and writer born and raised in Edmonton, Alberta. Currently residing in Toronto, Ontario, Vance is a proud member of award-winning sketch comedy troupe and Series, TALLBOYZ. The second season of the series received three 2022 CSA nominations, winning in all categories. In addition to writing and starring in the series, he was also a contributing director in the third season. As a comedian he has performed on many stages across the country, including the Next Stage Theatre Festival and the Gchi Dewin Indigenous Storytelling Festival.