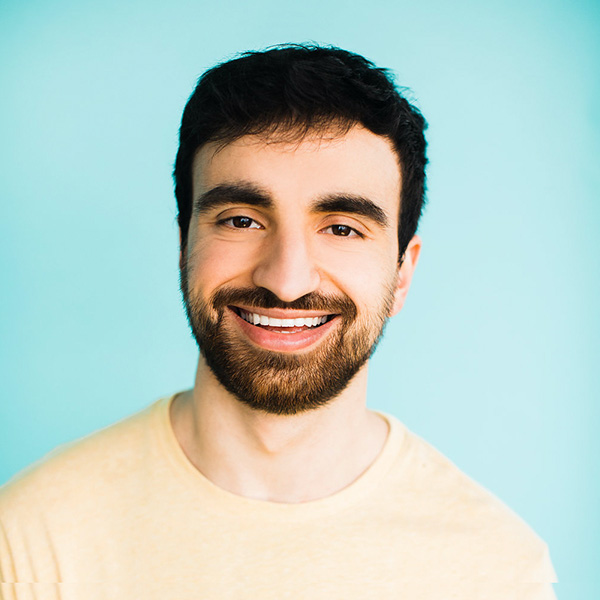 Rob Michaels is an Arab-Canadian writer, actor, director, and content creator from Toronto. He’s written for CTV/Roku’s Children Ruin Everything, Roast Battle Canada, The Parker Andersons, and Amelia Parker, and currently has his own show in development. He also writes for the mobile game for the FXX series Archer. He has opened for Second City’s Family Company, performed with the Educational Company, and teaches in their sketch, TV writing, and improv programs. He has placed in the Austin Film Festival and ScreenCraft Pilot Launch for his writing and was recently named one of Playback’s 10 to Watch. His sketch comedy channel, Wishful Genies, has accumulated millions of views online via features on Funny Or Die, 9GAG, CBC Comedy, BlogTO, Al Jazeera, and comedy festivals across the continent.

Rob’s greatest accomplishment is completing a math degree and a business degree simultaneously, then choosing a career that requires neither.