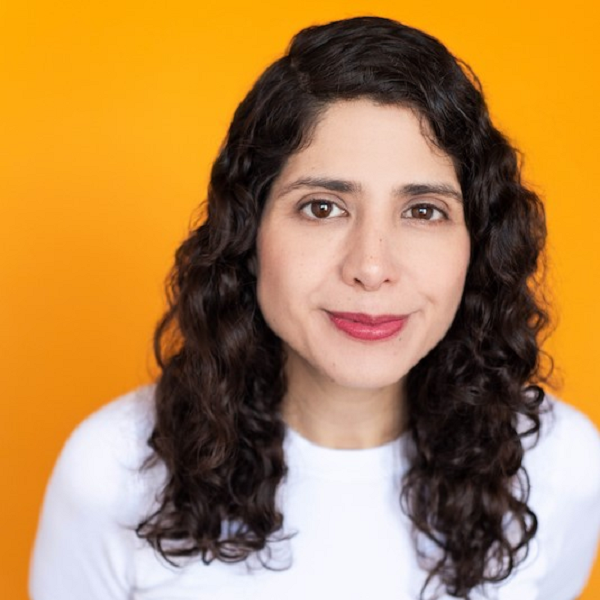 Mónica Garrido (she/her) is a Mexican born Toronto based Queer Artist. Her short films Diferente and the horror-comedy Love You to Death premiered at the Inside Out LGBT Film Festival. Her first solo show The Cunning Linguist, was created at Emerging Creator Unit at Buddies In Bad Times Theatre and won the 2016 Queer Acts Audience Award and It was adapted as an Audio Show for Aluna Theatre’s Studio Series. Mónica has appeared in commercials, music videos and TV in shows such as Baroness Von Sketch Show and 1 Queen 5 Queers. She was part of the ensemble of the Canadian Comedy Award winning show Sketch Comedy Extravaganza Eleganza and the Second City Toronto House Co. Mónica is the 2018 recipient of the Queer Emerging Artist Award at Buddies in Bad Times Theatre. She is one third of the Latinx Drag King boyband Boyband the Boyband and she currently Co-hosts and Co- Produces Aluna Theatre’s Radio Aluna Theatre Podcast. She is also a Taurus and wishes you the best.