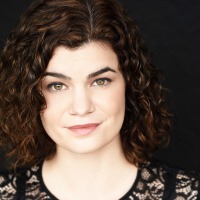 Janet is a Faculty Member at The Second City Training Centre, and an alumni of Vancouver TheatreSports League Mainstage & Instant Theatre. She created the hit improv show #NoFilter, which ran for over a year at Vancouver TheatreSports and delved into our oversharing digital lives. She also directed Canadiano, a 1-act improvised play at the Hideout Theatre’s Improvised Play Festival. Janet has also appeared on-camera in numerous commercials, including a recent spot for Crispers.