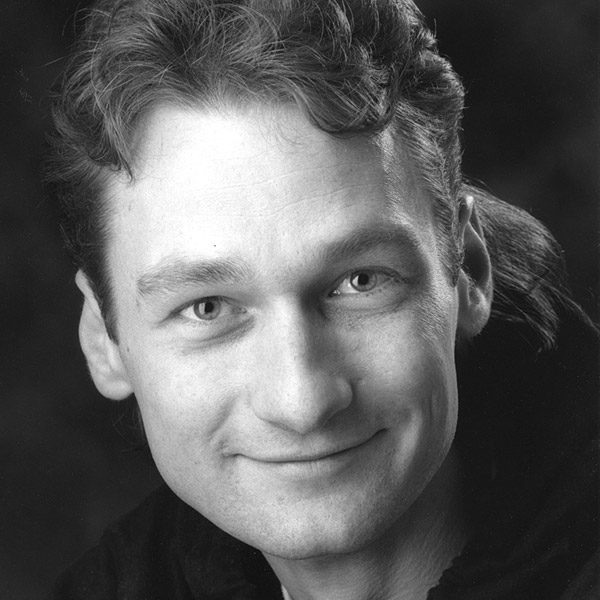 Born in Seattle, Washington, Ryan Stiles moved to Vancouver, British Columbia when he was ten and left high school before graduation to pursue a career in comedy.  Shortly thereafter, he was able to support himself performing stand-up and working for Canadian television, serving as the head writer for The Don Harron Show on CTV and host of CBC’s Comedy College. During that time, Stiles improvised regularly at the Vancouver TheaterSports League, where he met Colin Mochrie, who eventually became a longtime friend and collaborator. Stiles was also a regular performer and part of the “No Name Players” at Punchline’s, where he met his wife Patricia McDonald.

After joining The Second City to perform at the Vancouver Expo in 1986, he joined the Mainstage at Second City Toronto as a writer and performer, filming a pilot called 100 Lombard Street (the address of Second City Toronto then) in 1987 which also starred Bob Bainborough and Mike Myers and featured Dana Andersen, Bonnie Hunt, Linda Kash, Richard Kind, Jane Morris, Bruce Pirrie, Audrey Webb, and Mark Wilson.

In 1989, Stiles moved to L.A., performing at The Second City’s Santa Monica outpost, and appeared on the British improv comedy show Whose Line Is It Anyway? until it ended in 1998.  After returning to L.A., Ryan was cast as Drew Carey’s best friend “Lewis Kiniski” on the Emmy-nominated The Drew Carey Show. Stiles and Carey’s collaborative partnership grew, as they co-executive produced the American version of Whose Line.

A veteran of the professional comedy industry, Stiles has numerous TV and film credits under his belt.

“I’m convinced to do improv, all you have to do is listen to what people are saying to you, and then just add more information to what they’ve just said. That’s all there is to improv, but it’s the hardest thing to do.”  -Ryan Stiles