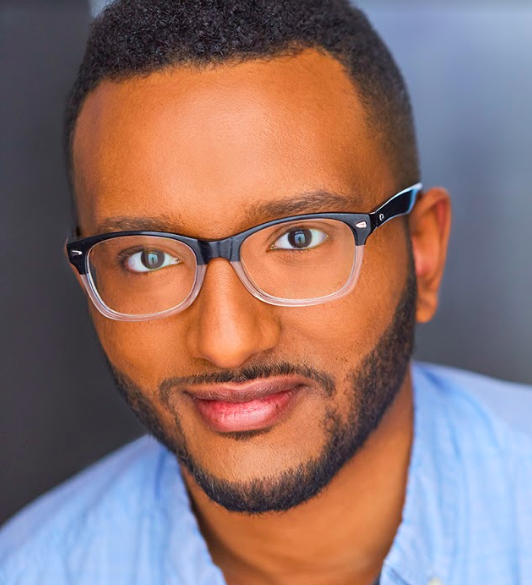 ROBEL AREGA (Ensemble) is very excited to be in The Second City’s Black History Month Show. Based out of Chicago, Robel is an actor, comedian, and writer. He is a junior writer for Cards Against Humanity,  a 2019 Second City and NBCUniversal Bob Curry fellow, a finalist on the 2018 iO Saturday Night Live Showcase, and has been featured on VICE News for his involvement with the Chicago comedy scene. Robel was a featured Second City cast member of “Urban Twist” and is a cast member of the Annoyance Theater's Holy F*ck Comedy Hour, where he rose through the ranks on three Harold teams: “Snowball,” “Pequod's Pizza Presents: The Harold (Lou Malnati's Presents: The Harold),” and “Lil’ Tooties. “A former producer of the variety show The Arts & Culture Club and stand-up showcase BOMB A$$ $ET, Robel co-hosts a killer podcast with comedian and friend Jimmy Gribbin called 86K.