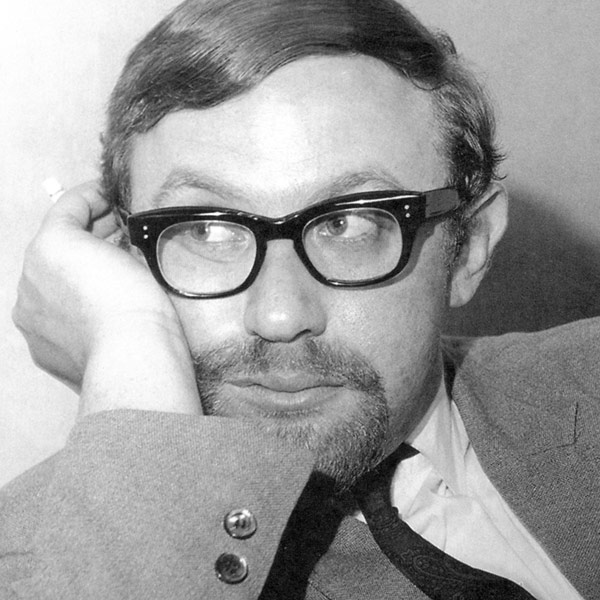 A beloved mentor to thousands of performers, directors and creative spirits, Sheldon Patinkin was a leading creative voice at Second City for over five decades.

Born in Chicago in 1935, Sheldon Patinkin had many artistic gifts and earned a Master’s Degree in English at the University of Chicago when he was just 19 years old. It was there that he developed friendships with Mike Nichols, Elaine May and Second City co-founder Paul Sills, forming a company called the Playwrights Theater Club, which became The Compass Players, Second City’s artistic predecessor.

In 1960, he became General Manager of The Second City. He served as Paul Sills’ assistant director, eventually succeeding Sills as Artistic Director. By the mid-1960s, he was a leading artistic voice at the theater, directing many of the resident company shows.

In addition to his work at Second City, Sheldon Patinkin led the first workshops for the now legendary Steppenwolf Theatre Company, co-founding The School at Steppenwolf, where he taught for 17 years, and working as an artistic consultant who mentored such actors as John Malkovich, Laurie Metcalf, and Gary Sinise. For three decades, he was chairman of the theatre department at Columbia College Chicago, where he helped shape the talents of future Broadway directors David Cromer and Anna Shapiro. He assumed the title of Chair Emeritus in 2009. Patinkin co-created the Comedy Studies program in 2007, a partnership between the college and Second City that continues to this day. He directed some of Chicago theatre’s most memorable productions, including the commercial Chicago premieres of several Off-Broadway hits and works at Gift Theatre, City Lit Theater, National Jewish Theatre, Gift Theatre and more.

Patinkin’s books include Second City: Backstage at the World’s Greatest Comedy Theater and No Legs, No Jokes, No Chance: A History of the American Musical Theater. In that book, he wrote:

“We live in a time when, more and more, the response to trouble is violence; when too many individual communities have become too insular for the good of the larger community; when too much beyond one’s immediate world seems to exist either to be feared to taken advantage of; when too many people try not to feel deeply or try to disguise their feelings with catch phrases, crudeness, inarticulateness, and sentimentality. It is one of the most important functions of both art and entertainment to help us transcend such times, sometimes by helping us to think things through, sometimes by helping us not to think at all.”

Patinkin was a steadfast pillar in the development of the Chicago theater scene, a pioneer of the city’s improvisational community, and a beloved mentor. He passed away in 2014 at the age of 79.