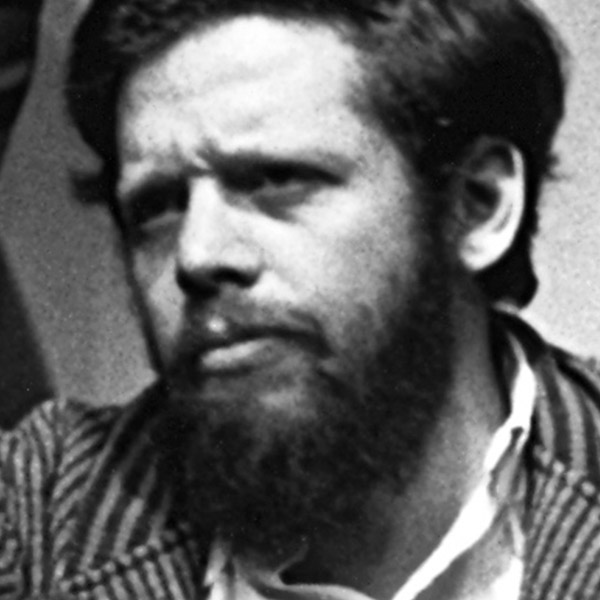 A founding member of The Second City and its predecessor, The Compass Players

Severn Darden was a comedian and actor hearkening back to the early days of improv on the Southside of Chicago. Born in New Orleans, Louisiana, where his father was attorney general. Darden became famous on the University of Chicago campus long before joining The Compass Players and later, The Second City. As a student, he drove around in an old Rolls Royce and always dressed formally (with tennis shoes).

Darden achieved success with the routine “Football Comes to the University of Chicago” while performing with the Compass Players, moving on to become part one of Second City’s very first eight performers who took the stage on opening night in 1959.

Recalls alum Fred Willard: “All Second City performers are good, but Severn Darden most personifies the quintessential Second City talent. One night he was in the audience and joined us in the set. He took off on one of the most imaginative improvs I’ve ever seen. Afterwards he said, ‘Boy, that was a bomb.’ It was then I felt I still had a long way to go.”

Later in his life, Darden appeared in various movies and television series. He gave a noteworthy performance in the comedy The President's Analyst in the major role of “Kropotkin,” a Soviet agent with a laid-back persona. An early film, LUV (based on the play of the same title by Murray Schisgal), in which he played a junk dealer, also starred Jack Lemmon, Peter Falk, Elaine May, and Nina Wayne.

One of his earliest TV roles was on Car 54 Where Are You?. He also played a toy manufacturer in an episode of The Monkees and Dr. Herb Chisholm in a 1976 episode of the NBC situation comedy The Practice. He appeared in the pilot for the ABC crime drama The Feather and Father Gang in 1977, and on an episode of Alfred Hitchcock Presents. His most notable film role was the cold-hearted “Kolp” in Conquest of the Planet of the Apes and Battle for the Planet of the Apes. In the 1985 comedy Real Genius, he played the college dean.

He lived in semi-retirement in Los Angeles before moving to Santa Fe, New Mexico, in 1992, and passed away at age 65.