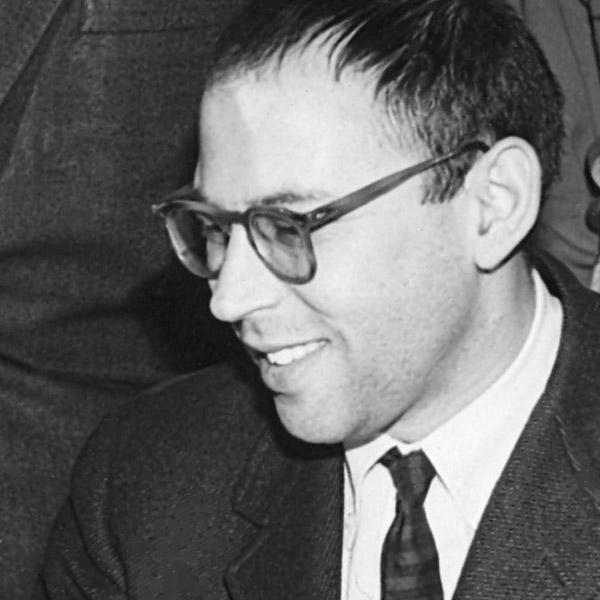 Co-founded The Second City with Paul Sills and Howard Alk

Served as the theater’s longtime director and producer

A true theatrical impresario, Bernard “Bernie” Sahlins was a major innovator of American comedy and a co-founder of The Second City. The theater’s longtime director and producer with a keen eye for talent, Bernie Sahlins was also the co-developer of SCTV, producing the iconic Emmy-winning show’s first season.

Bernie Sahlins was born in Chicago and studied at the University of Chicago before he turned to theater. In 1953, he became a producer of Playwrights Theatre Club. In 1956, he took over the empty downtown Studebaker Theatre which presented, among other things, the Chicago premiere of “Waiting for Godot.”

In 1959, Sahlins, Howard Alk, and Paul Sills opened The Second City, having already co-founded the Compass Players with Sills on the University of Chicago campus. Famous for spotting latent talent, Sahlins was responsible for shepherding many of the big names to come out of Second City prior to his selling the business to Andrew Alexander and Len Stuart in 1985.

In addition to his many artistic, business, and spiritual contributions to Second City, Bernie Sahlins co-founded the International Theatre Festival of Chicago, the Lithuanian International Theater Festival, and produced multiple television specials in the U.S. and U.K. Over his lifetime, Sahlins received multiple honors, including the Sergel Prize for playwriting, several Joseph Jefferson Awards for directing, The Chicago Drama League’s Professional Achievement Award, the Illinois Arts Alliance Legend award, an honorary doctorate from Columbia College, and the Alumni Achievement Award from the University of Chicago for his significant contribution to theater.

Bernie Sahlins was charming, smart, and influential. He used those gifts to not only create one of the theatre world’s most treasured institutions, he gave that institution the cultural fortitude to sustain itself through seismic sea changes in the way the world works.