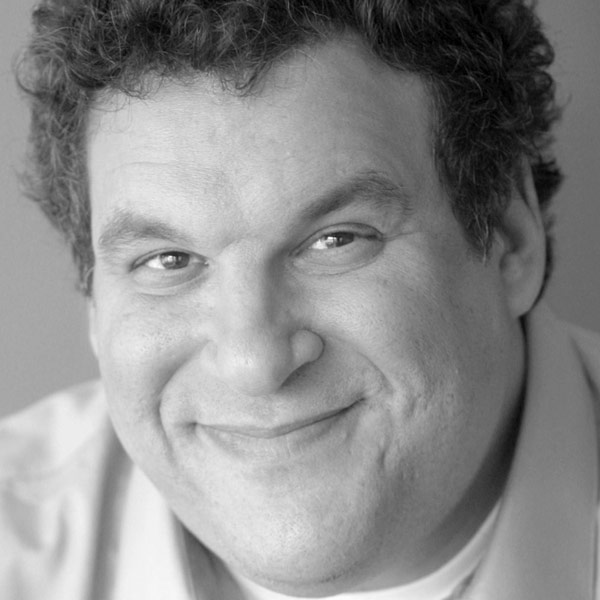 Worked with Stephen Colbert in The Second City Box Office

Executive producer and co-star of Curb Your Enthusiasm

Stars as the patriarch of The Goldbergs

Comedian, actor, writer, director and producer Jeff Garlin got his start at The Second City Training Center before going on to a successful career in TV, film and stand-up.
Garlin began pursuing a stand-up career in Chicago in the 80s, working alongside Stephen Colbert in The Second City Box Office. He staged a one-man show at The Second City, which he later used in creating I Want Someone to Eat Cheese With, a film he wrote, directed, and starred in. This movie, which was co-produced by Harold Ramis and featured Second City alumni Amy Sedaris, Bonnie Hunt, Tim Kazurinsky, and more, premiered at the Tribeca Film Fest.

Garlin has had roles in a multitude of films, like Austin Powers: The Spy Who Shagged Me, Daddy Day Care, After the Sunset, WALL-E, Toy Story 3, Safety Not Guaranteed, and
Handsome: A Netflix Mystery Movie, which he wrote and directed. His television credits include Roseanne, Baywatch, Mad About You, Everybody Loves Raymond, and “Mort Meyers” on Arrested Development, though he is likely best known for his role as “Jeff Greene” on Curb Your Enthusiasm.

One of the most irreverent comedies created, Garlin served as an executive producer as well as an actor on Curb Your Enthusiasm. He was nominated for seven Emmys in the course of the shows run and won two Producer’s Guild Awards. He has made appearances as himself in Community and Repeat After Me and stars in the 1980s-set The Goldbergs, which was renewed for a fifth and sixth season on ABC.

“I’m an improvisational stand-up comedian. I took what I learned at Second City and put it into my stand-up. Nobody else has done that.” -Jeff Garlin