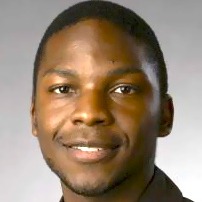 Vincent Singleton, MFA, directs with a poignant sense of dramatics and a keen eye for production value. An award-winning director, Singleton’s work conveys ideas with clarity of purpose and effective execution.

A native of Pembroke, IL, Singleton attended Knox College, receiving his undergraduate degree in Psychology and Spanish. He studied abroad in Barcelona, Spain where he completed a documentary on homelessness entitled, “Yo, Mendigo.” Furthering his education, he was admitted to the Columbia College Chicago Film and Video MFA program. He finished his MFA coursework in the Spring of 2008 and has since been working as a freelance director of music videos, short films, public service announcements, and videography projects commissioned through his company, Film Collective Productions. Additionally, Singleton is an adjunct professor at Columbia College Chicago, two Westwood College campuses, North Park University, and an instructor at Chicago Filmmakers Co-Op.

Singleton’s projects have screened in festivals and conferences such as Palm Springs International, Chicago Black Harvest, Golden Lion Film Festival, and the University Film and Video Association Conference to name a few. His public service announcements for The Boys and Girls Clubs of Chicago, The Chicago Fire Department, and The Respiratory Health Association of Metro Chicago have received Telly and Ava Awards, and he has worked with stars such as Chicago Bear Devin Hester on commercial projects.

Vincent Singleton spent several years as a storyboard artist, which is reflected in his ability to visualize and bring a production from concept to screen. His storyboarding experience has taken him from working on a variety of independent films to television shows for Chicago-based Towers Productions, and commercial work for Big Deahl Productions.

Singleton’s short film, “The Porter,” won top prize in the JP Morgan Chase Legacy Film Challenge, co-sponsored by HBO and Kodak. The music video “Last Chance” by Written in Red has grossed +13,000 YouTube hits in under a month. His short films, “The Forgotten West,” and “The Porter,” have been televised on the nationally syndicated show African American Short Films, produced by Badami Productions.

In staying current with industry trends, Singleton, with the aid of producer Justin Casselle, have created a scripted dramatic episodic series entitled “RURAL” that explores the complexities of rural American life as experienced by a handful of diverse citizens.

Singleton enjoys the challenge of capturing once in a lifetime events and exploring the creative potential of the visual medium of film and video. As such, his work has also expanded into documentary direction, cinematography, and editing. He has completed documentaries entitled “Taking Park City,” about two young filmmakers on their first adventures at the Sundance Film Festival (aired on PBS), “Taking Israel,” about African-American students who lived on an Israeli Kibbutz and learned the similarities between themselves, the Jews, and the Arabs in a kinship through struggle, and has been recently accepted into the Kartemquin Diverse Voices in Documentary Fellowship program.