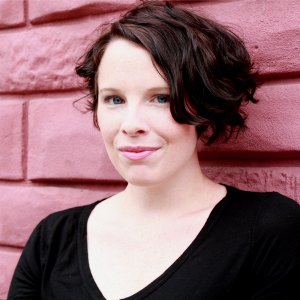 Liz Joynt Sandberg is a comedian, writer, performer, and teacher based in Chicago. Liz performs improv and sketch regularly with The Improvised Sondheim Project, ComedySportz, Baby Wants Candy, Perennials and The Musical Armando at iO Chicago, South by Midwest, VAMP, Storytown, The Greatest Story Never Told, Liz&Lou, and others. Originally from Michigan, Sandberg trained with The Second City Music Improv and Conservatory Programs, and as a member of Infinite Sundaes; at iO Chicago, and in Chicago's improvisational dance community. She has a degree in Philosophy and Music from Central Michigan University. Her writing can be found online at Rebellious, The Huffington Post, The Second City Network and others. Her essay "Hummingbird" appears in the anthology Listen to Your Mother: What She Said Then, What We're Saying Now (Putnam, 2015).