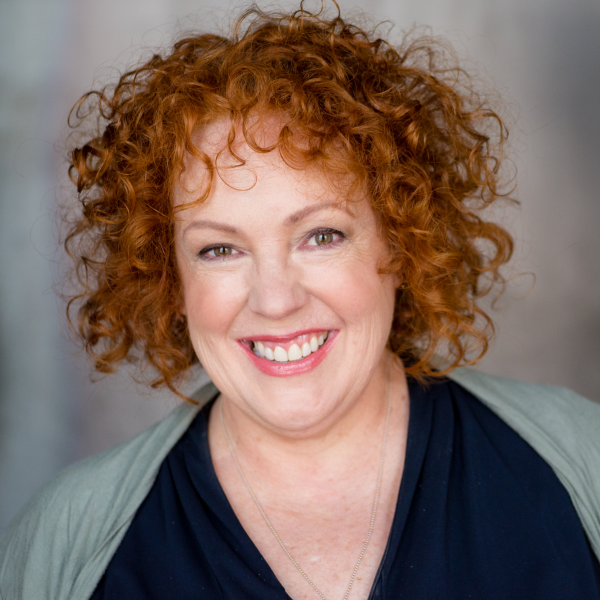 Kathleen Puls Andrade is a professional working actor, improviser, voiceover, and writer with numerous voiceover and on camera credits. Kathleen co-created and currently teaches the Beginning Voiceover for Improvisers and Advanced Voiceover programs at the Second City Training Center, Chicago. The program uses improvisation as a tool to making creative decisions and characters on the spot. The Advanced program takes place at Audio Recording Unlimited (Chicago), a professional recording studio, which gives students an opportunity to study and work in a professional environment to prepare them for working in the VO business. She has also taught voiceover and more at Bosco Productions, Baylor University, University of Chicago, University of Illinois, In Forte, Discover Card, along with individual clients. She has been heard on Allstate, Quaker, Fisher, Morton and more. You can hear demos and more of her work at gingrworks.com.

Several of Kathleen’s students have gone on to work in the industry recording commercials, games, and narration and more.

Kathleen developed two comedy writing contests for the Second City Training Center. The contests have drawn almost 400 new sitcom and screenplay scripts from all over the world in its first year.

For over a decade, Kathleen worked with the Chicago Comedy Company, writing and performing original sketch and improv for corporations and colleges around the country. She has a “Masters” in comedy from Second City, The Annoyance, and iO and has taught improv at the Second City Training Center, Chicago. Studying improvisation led Kathleen to create the Funny Women Fest, which showcased the talents of women as educators, performers, writers and producers of comedy and improvisation, and the festival attracted women from all over the world.

She and her writing partner, Andy Eninger, were named semi-finalists for the Page International Screenwriting Awards and are in the Top 100 of Emerging Screenwriters for their original sitcom pilot, Fertile Ground. Her original solo comedy Journey to the Center of the Uterus™: Adventures Infertility!, a poignant comedy based on her own roller coaster experiences with infertility, premiered in Chicago and was featured on the PBS special Health Secrets: What Every Woman Should Know hosted by Paula Zahn. Kathleen also created an original audio blog, Journey to the Center of the Uterus™, especially for FertilityAuthority.com.

Kathleen can be seen in Mrs. O’Brien’s Guide to the Golden Rule!, the hilarious sequel to Late Nite Catechism and Bible Bingo, a hysterically scripted/improvised Bingo Game based on bingo halls that every church seems to have. She appears at the Royal George Theatre in Chicago, all over the U.S, and Canada.

She loves Chicago style pizza and the White Sox. But, overall, it’s safe to say she’s a Chicago fan.