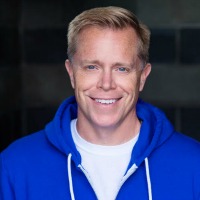 Jeff Griggs is the author of the book Guru; My Days with Del Close. He teaches History and Analysis of Modern Comedy in the Comedy Studies Program at Columbia College and Episodic Narrative for the Harold Ramis Film School. He is a Director-At-Large for The Second City theater. Most recently, he directed Red, White and Blaine at IO Theater and The Soap Box Derby King at the Annoyance Theatre, along with several productions for the Second City Training Center and the Second City Theatricals. He has performed improv and sketch at theaters around the world and directed for Second City on numerous NCL Cruise Ships. He is a current director for the Second City National Touring Company and is a faculty member in the training centers for Second City and IO Theater.