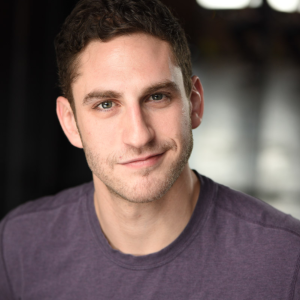 Eric is a graduate of both Second City Conservatories and spent years touring the Midwest and Northeast regions as a professional stand-up comedian before his side project, a Comedy/Music group named Handsome Naked (www.HandsomeNaked.com), began touring nationally. During his time in Chicago, Eric appeared on TruTV's popular unscripted series Roadspill, 97.9 the Loop's MANCOW in the morning, and in several local and national commercials as well as countless staged/theatrical productions. He co-wrote and performed in several Second City revues and acted as house emcee/producer/talent booker for multiple successful open mics and showcases at clubs like the pH Comedy Theater and The Annoyance Theater and Bar before turning his attention to audio visual production and filmic storytelling. Quickly honing his productions skills with a flurry of sketch comedy and character based web content, he began to experience the thrills of being both in-front-of and behind the camera. After winning "Best Music Video" at Barebones International Film and Music Festival 2015 and Oregon Independent Film Festival 2016, Eric expanded his production portfolio, creating branded content for corporate clients like Chicago's Social Media Week, GrubHub, and more. This work paved his way to NYU Graduate film where he is pursuing his MFA in Filmmaking. Eric currently spends his time freelancing as a writer, sound recordist, creative/script consultant, director and videographer whenever he isn't creating his own passion-driven projects and music videos. His first two short films, "Laundry Day" and "Fairness Day", have been met with critical acclaim. More can be found at www.EricOren.net.