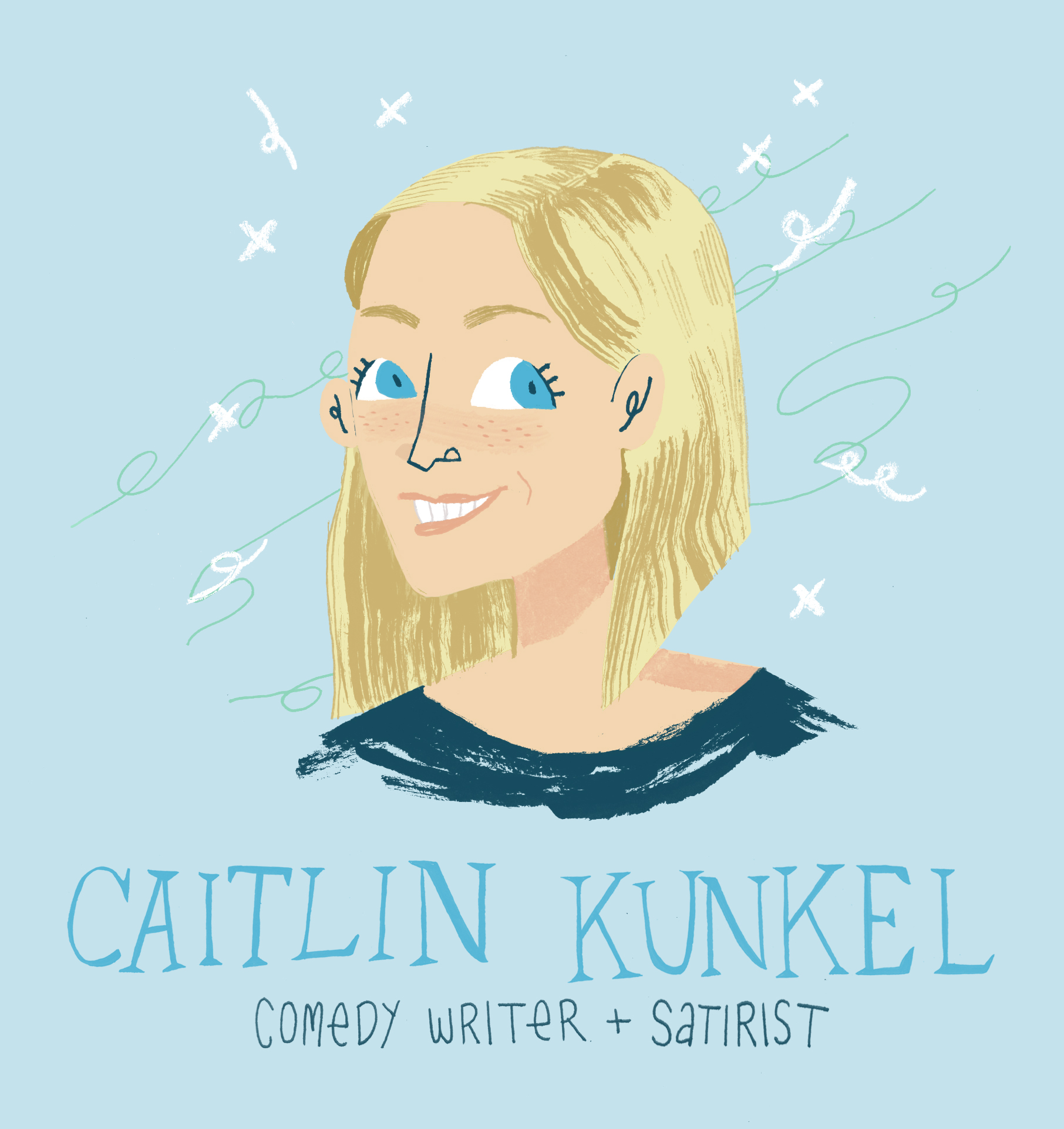 Caitlin Kunkel is a comedy writer, satirist and famed pizza scientist based in Brooklyn, NY. Her writing has been featured in Shouts & Murmurs in The New Yorker, McSweeney's, The Second City Network, The Huffington Post, Reductress and many other places across the vast internetz. She is the head writer for Live Wire Radio, distributed by Public Radio International, and the co-founder and editor of the comedy and satire site for female writers The Belladonna.

Caitlin has taught screenwriting at Northwestern University and served as a Fulbright Scholar in Indonesia. She has an MFA in Writing for the Screen and Stage from Northwestern. She just finished a three year term as a Visiting Assistant Professor at Pacific Northwest College of Art in Portland, OR where she taught four courses she created: Modern Comedy and Satire, Introduction to Scripting, Scripting Intensive and Fight the Future: Dystopian and Post-Apocalyptic Stories (yes, that last one shares a title with the first X-Files movie on purpose. You gotta enjoy your life, huh?). Caitlin created the online satire writing track for The Second City Chicago Training Center. Follow her musings on Twitter @KunkelTron and subscribe to her comedy and satire newsletter here.