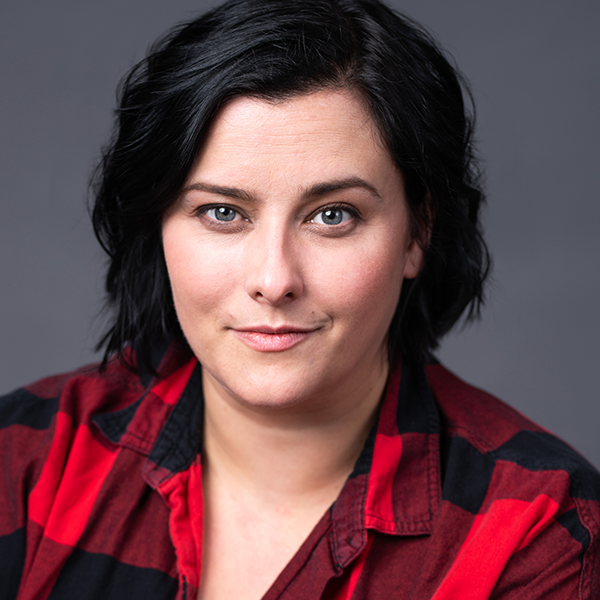 Ashley Comeau is an actor/improviser hailing from Brampton, Ontario. Ashley is a Second City alumna who wrote and starred in three revues which garnered her a Dora nomination and a Canadian Comedy Award nomination. She most recently has won a Canadian Comedy Award for 'Best Love Ensemble' with the cast of She The People. Other accolades include 'Best Female Improviser' from NOW Magazine’s 2015 'Best Of Awards' and ‘Best of the Fest’ at the 2018 Toronto Sketch Comedy Festival with her comedy troupe The Lusty Mannequins. The Lustys have toured Europe, North America and have been to South Africa thrice for the Mama City Improv Festival (which Ashley co-founded!). Select theatre credits include: Little Black Dress The Musical, People Suck, Songbuster: An Improvised Musical, Noises Off & Girls Night Out! She writes, acts and produces for TV and stage now, used to be a tour guide, and almost became a funeral director. That pretty much sums her up. She’s very grateful to you for coming and to everyone who made this happen. Follow her on Twitter here: @ashleycomeau and catch her at Edinburgh Fringe this summer with her show Lusty Mannequins: Uncommonwealth