The Second City is devastated by the loss of one of comedy’s most beloved icons and a true master of improvisation, Fred Willard, who passed away May 15th in Los Angeles. An Ohio native, Willard auditioned for The Second City in 1965 alongside Robert Klein despite having no prior experience with improv comedy. He spent a year with the company in Chicago, developing his unique talents and helping create and perform in the theater’s 18th and 19th revues, Off the Road and This and That.  Willard called his time at The Second City “really one of the best years of my life artistically” because “at Second City, you can do something during the day, have an idea, and have it up on-stage that night.” Always a lovable oddball, one of his favorite characters at Second City was a clumsy vampire whose fangs were two cigarettes hanging out of the sides of his mouth.

Although his time with The Second City was short-lived, Willard remained a steadfast supporter of and friend to the theater for the rest of his life. He was always happily on hand to help celebrate Second City’s milestones, a fixture at nearly every anniversary event and award presentation commemorating his former comedy home. He also graciously made himself available to continue collaborating with new generations of Second City talent, appearing on stage and on camera at benefit performances and in digital shorts, where his quick wit, generosity, and beguiling smile always stole the show.

“Fred was one of the kindest, most generous souls I have ever met and one of the funniest humans to ever grace that Second City stage, always game. It was no accident that he was always working; he was adored by both audiences and the industry alike. We lost one of the greats,” says Second City CEO and longtime friend Andrew Alexander.

It is an honor to include the name “Fred Willard” on The Second City’s list of alumni. Our condolences go out to his daughter Hope Mulbarger and her family, as well as to Fred’s millions of fans. 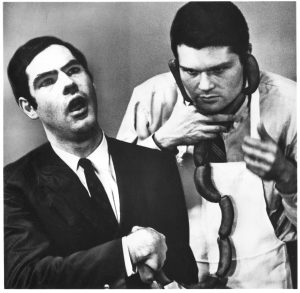