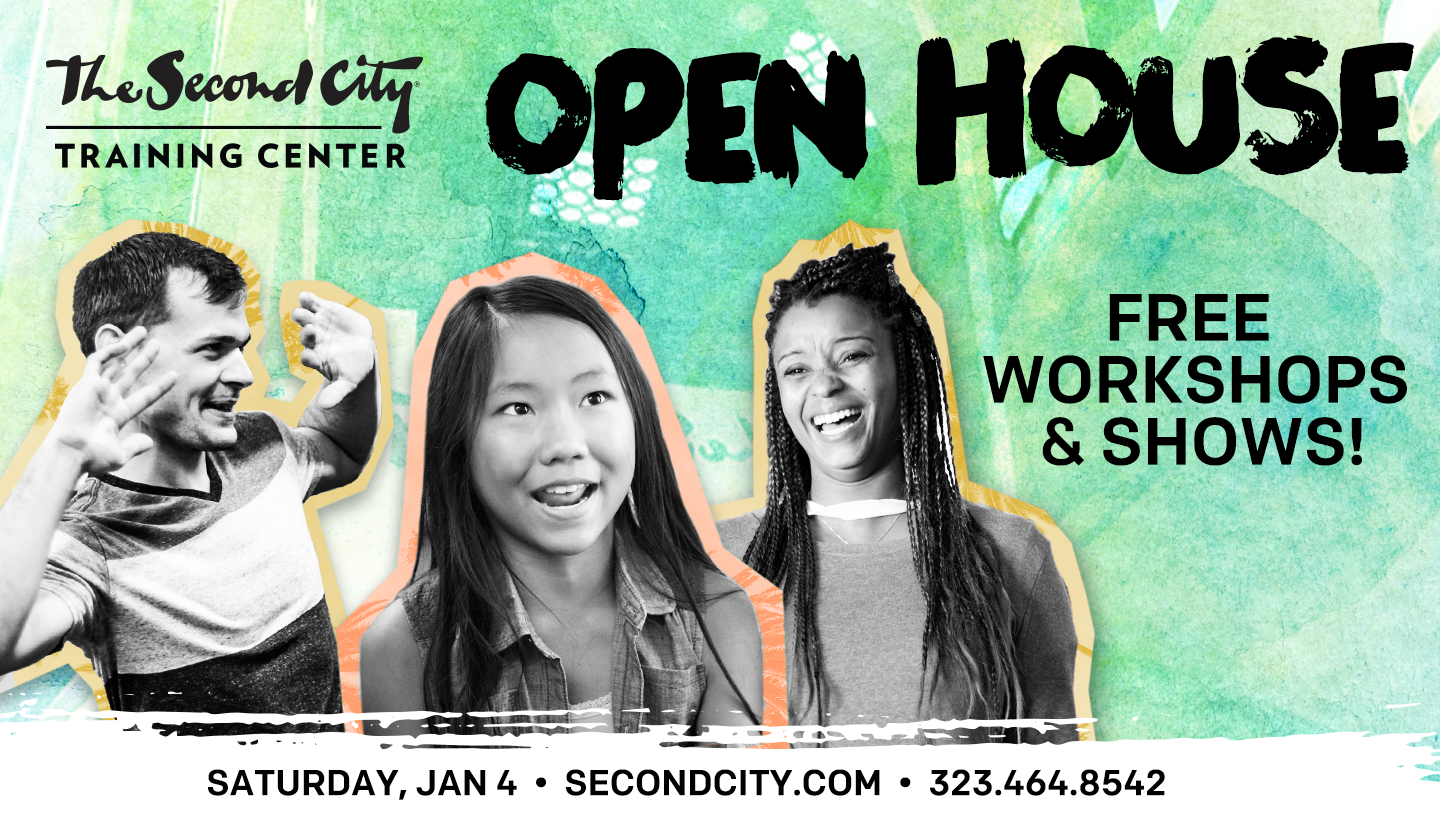 THE SECOND CITY HOLLYWOOD OPEN HOUSE
Saturday • January 4 • FREE Workshops & Shows
The Second City Hollywood is giving back to the community with a day of free workshops & shows on Sat, January 4th! Reservations are recommended but walk-ups on the day are always welcome. Come see what The Second City is all about, take a workshop, see a show, enjoy our amazing community! We have classes and shows for actors, writers, singers, stand-ups, and long form improvisers so whether you're just starting out, are a working actor, or just want to try something new, come play for the day, we'd love to meet you!

6pm: Office Hours
Come see what it looks like at The Second City when the teaching faculty and office staff pull students up on stage to play with them. Cast: Rob Belushi, Tim Stoltenberg, and Jaime Moyer combine every week with other faculty, admin staff, and students to improvise with them. Come check out the entire community improvising together!

8:30pm: More Guns! A Musical Comedy About the NRA
The National Rifle Association is here to save the day – through song and dance! Praise the lord and NRA-men! With songs like "Semi-Automatically”, “Everybody Do The Lobby!” and “Liberal Love”, MORE GUNS! is a satire of the NRA, the “woke” left, and all those boring moderates in between.
●“Clever, tuneful, unexpectedly heart-filled…a non-stop delight.” –Stage Scene LA
●”Witty. Entertaining. Educational. A surprising MUST See!!!” –Goldstar

SUGGESTIONS FOR THE WORKSHOP
ALL IMPROV - Wear comfortable clothing that you can move around in easily and closed toed shoes, do not wear flip flops or sandals.
WRITING- Bring pen/paper or a laptop.

PARKING
See all parking structures close to Second City HERE.
The closest pay lots are directly behind our building on Schrader and also on Wilcox.
Be VERY careful about parking at a meter. Nothing ruins a fun day more than getting towed!