"You can take your own sense of humor as a guide for only so long, and then you’ve got to get it up in front of an audience. This is so much more alive, to have the chance every night to adjust things." - Tina Fey on her Broadway debut in 2018 (but also something she might have said about the Second City process in 1996).

Second City alums Tina Fey and Jeff Richmond had an enlightening conversation with Mean Girls director Casey Nicholaw, lyricist Nell Benjamin and the New York Times to discuss the challenges and thrills of bringing the iconic film to life on Broadway...and why fans shouldn't anticipate the show's biggest laughs.

"We had a ridiculous idea for a moment where the entire curtain call was going to be a medley of the songs you thought would be in it, all the iconic moments. Like 'Fetch' and 'On Wednesdays We Wear Pink,'" Richmond revealed.

Mean Girls is now in previews and officially opens April 8th at the August Wilson Theatre.

And thanks to Kelly Leonard for making us all insanely jealous with this snap of the playbill over the weekend: 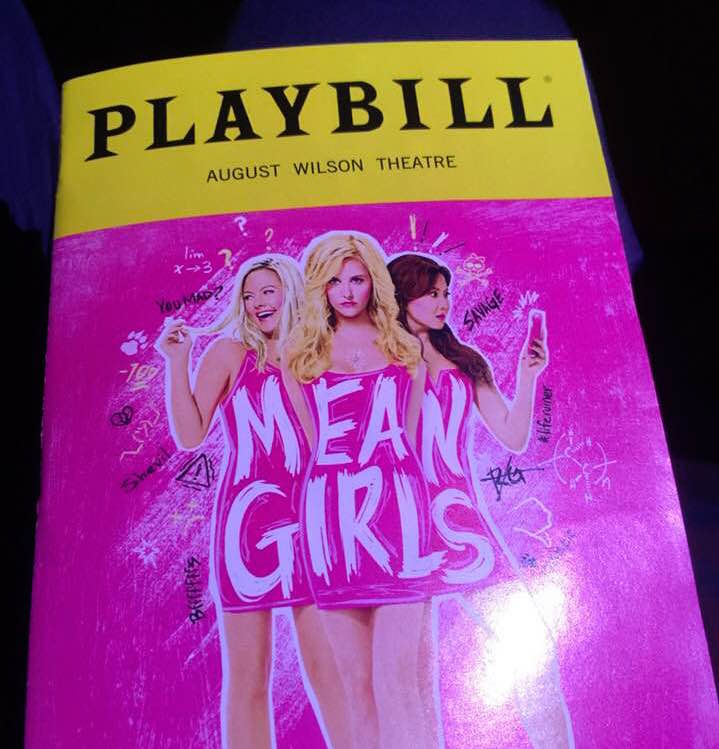