Come bask in the neon glow of The Second City's brand new revue! If I Could #Throwback Time mines comedy gold from treasures like old school video games! Power Rangers! And Canada’s long, complicated history of sweeping social injustices! Set to a soundtrack that’s sure to bring back some of your best (and maybe even less-than-best) memories, The Second City’s totally tubular takedown of life as we know it--and remember it--is full of lust, laughter, and whip-smart satire. Take refuge from climate change inside our theatre, where time is a theoretical construct and improv is an actual superpower.

The press opening is set for Thursday, October 10 at 8:00pm. 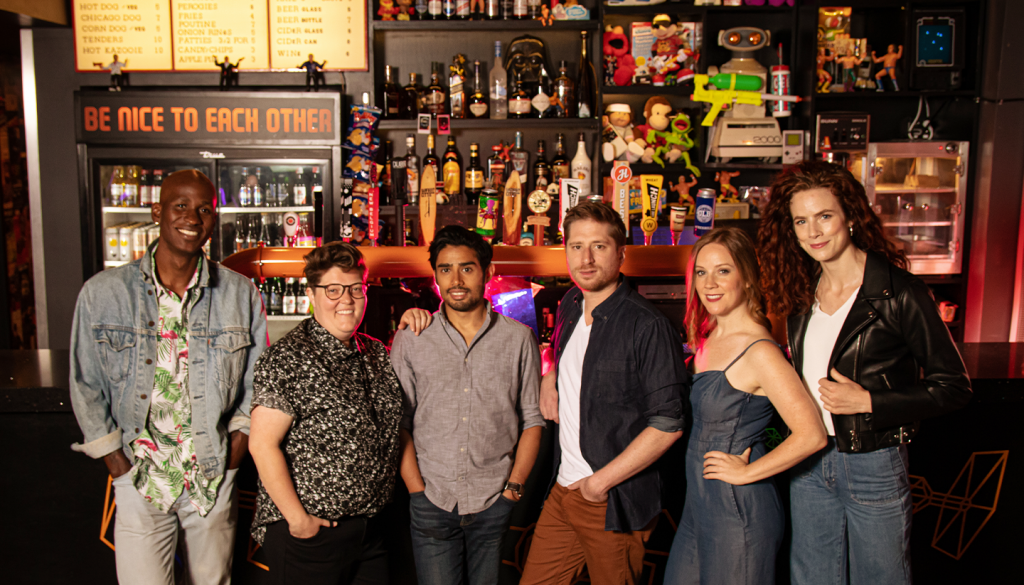 Premiering with an iconic cast that included Dan Aykroyd, Valri Bromfield, Brian Doyle-Murray, Jayne Eastwood, Joe Flaherty, Gilda Radner, and Gerry Salsberg, The Second City Toronto has been winning over Canadian audiences since opening on Adelaide Street in 1973. Since then, The Second City has called four Toronto addresses home, with a brand new location scheduled to open in 2021. The legendary sketch and improv theater’s complete history and legacy are explored in a brand new book, The Second City: The Essentially Accurate History (Agate Midway). Featuring a foreword by Catherine O’Hara, the book is available for pre-order now wherever books are sold and will be on shelves December 17.

Craig Taylor’s contributions to our art and our community are immeasurable.

Current info regarding shows and classes at our Chicago, Toronto and Hollywood locations.

All performances will be suspended 3/13 - 3/30 or until further notice.

The Second City cares about the safety and wellness of our audience members, students, staff, and performers above all else.