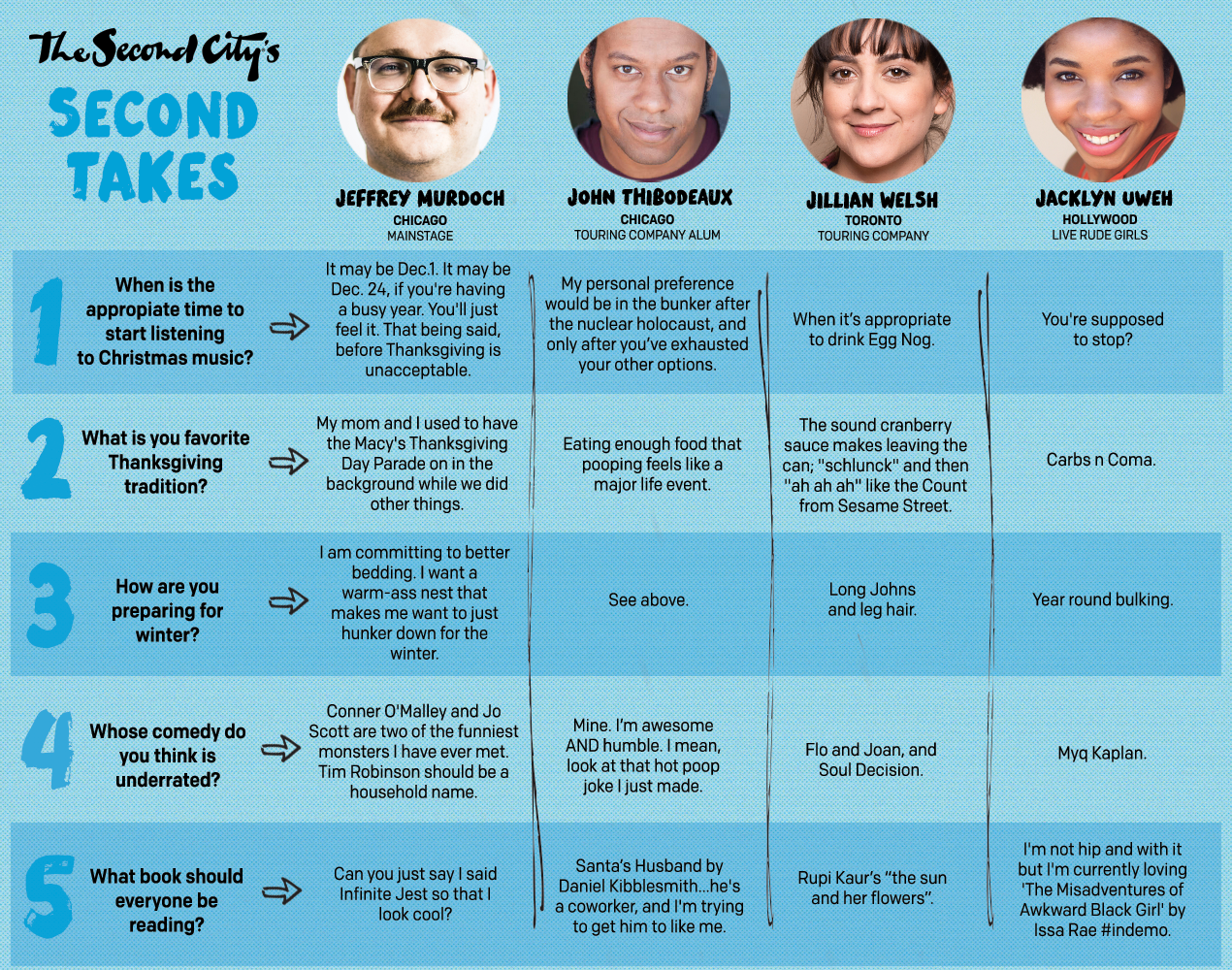 John Thibodeaux is a two-time Emmy Award-nominated writer for The Late Show with Stephen Colbert and an alum of The Second City Touring Company. Follow him on Twitter (@john_ThiBOdeauX).

Jillian Welsh is a Dora-nominated actor, comedian and storyteller who can currently be seen in Second City Toronto's The Good, The Bad & The Ugly Sweater.

Jacklyn Uweh is now appearing in Live Rude Girls at Second City Hollywood. For more, check out her website.

Holiday programming 'Deck the Hallmark' and 'The Best of the Holidays' returns, too!

In-person performances and classes to resume at a new location.

We are proud to call these artists part of Second City’s legacy.