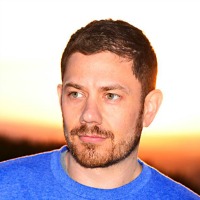 Paul Schmidt is a veteran television producer with nearly 20 years of broadcast experience. He is currently the Supervising Producer of Breakfast Television, Canada’s #1 morning show. Other producing credits include CTV’s eTalk, the MuchMusic VJ Search and Global’s Inside Entertainment.

Paul is also an accomplished writer whose credits include the MuchMusic Video Awards, Citytv’s New Year’s Eve Bash, The Comedy Network’s Chez Carla and Front Row at Just For Laughs. Paul’s first gig was The Comedy Network’s Improv Heaven & Hell which featured some of the country’s finest improvisers and he is thrilled to be coming full circle to teach at The Second City.

A Cancer by birth and a dancer by choice, Paul has no pets though he’d like a dog.