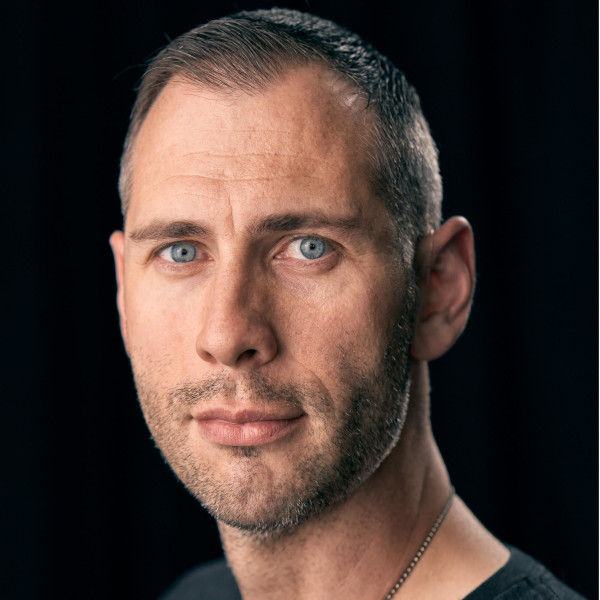 BJ Lange is a current resident of Los Angeles and a native to St. Louis, Missouri. BJ is an alumnus of iO West (formerly improvOlympic West), Upright Citizens Brigade Los Angeles, and a graduate of The Second City Hollywood Conservatory, long form program, and musical improv programs. He has also studied at The Groundlings Theater.

BJ has been seen on MTV, Jimmy Kimmel Live, and Comedy Central. He is an instructor at The Improv Trick, 3-2-1 Acting Studios, and The Second City Hollywood where he leads the Improv for Veterans Program. He is a past instructor at the prestigious Orange County School of the Arts Acting Conservatory and coached the high school’s Improv Club.

BJ uses his improv training in other aspects of his career including hosting national televised events and tours such as Maxim’s Spring Break in Panama City Beach, FL. His talents also led him into “shoutcasting” for The World Series of Video Games (CBS Sports) and hosting GameRiot (MTV2).

BJ started in theatre (high school, college, and community) and soon found himself working in radio – landing himself a role as the stuntboy on the nationally syndicated Steve & DC Radio Network which, not surprisingly, got him arrested for many critically-acclaimed stunts. Radio is also what fueled BJ’s experiences in voice-over work.

Live events are where BJ continued to thrive as he kept audiences entertained hosting events such as the Simon© dTour Live! Presented by ABC Family, X-Games BMX Jams, and the LG National Texting Championship and Mobile World Cup. BJ also toured with famed Disney star Selena Gomez while hosting the Monte Carlo movie tour. Other notable events include “Meet Your Makers” a 60 minute late-night talk show event for Electronic Arts at the GameStop Manager’s Conference. BJ has performed around the world. He was in Germany for the U.S. Army and lived in Blackpool, England while performing at a Pleasure Beach Amusement Park theatre.

Around Los Angeles, you can find BJ playing with various groups including his two-man comedy duo, Tacklebox Improv. He recently performed at the Alaska State Improv Comedy Festival and Improvaganza! Hawaii Festival of Improv.

When BJ’s not “Yes, and-ing” his passions include beatboxing, riding motorcycles, aviation, barbequing, and volunteering. BJ is a pilot, and proudly volunteers as a Public Affairs Officer for the Civil Air Patrol, the United States Air Force Auxiliary, where he is also an accomplished aircrew member and graduate of the Air Force & Coast Guard’s National Search & Rescue school. BJ has received many service awards including a Presidential National Disaster Relief ribbon, and a “Find” ribbon for his Search & Rescue service.

BJ is a retired USAF Reserve medic and two-time testicular cancer survivor. He is a service-connected disabled veteran yet continues to be an athlete, ambassador, and mentor in the Air Force Wounded Warrior Program where he also serves as a comedy coach teaching applied improv as part of the resiliency programs. BJ is also a proud cast member of DIAVOLO Dance Theatre’s Veterans Project which recently performed at The Kennedy Center. He is a member of the Veterans of Comedy, Veterans in Media & Entertainment, and the American Legion.