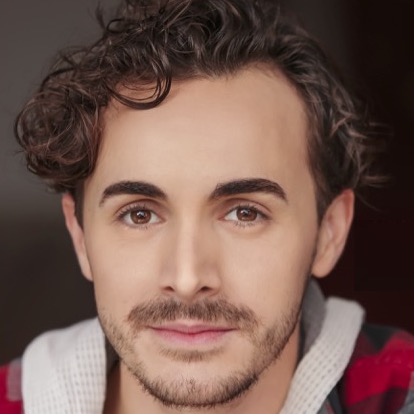 DOMINIC RESCIGNO (“Antoni”) (he/him) is experiencing a dream come true doing this show with these people on this stage. He is a graduate of Second City’s Comedy Studies program and is currently finishing the Conservatory. He has performed for Lyric Opera of Chicago, The Onion, ClickHole, Walt Disney World, and starred in Chicago's long-running comedy Tony N' Tina's Wedding. His two webseries The Dominics and Dominic Tonight! have been critically ignored. Love and thanks to his family, Cody, Stephen, and his Conservatory cohort for all the love and support. www.dominicrescigno.com | @dominicrescigno